I did not dig out my troops because of camera problems. SO I copied this from Battlefield Legends Toy Soldiers. See links section.

William Pitt the Younger, prime minister of England (1783-1801) was born. (Uncle Bill!!!) Sorry about this picture. I think my old camera has had it or is cursed. I took the picture below under the exact same settings. Can't figure it out! 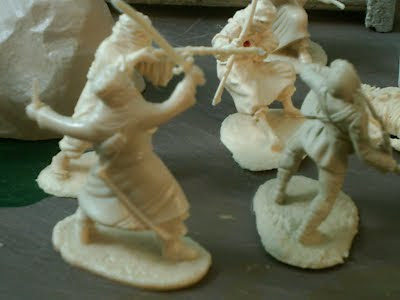 We don't need no stinkin' taxes

May 24, 1764 Boston lawyer James Otis denounces "taxation without representation," calling for the colonies to unite in opposition to Britain's new tax measures. 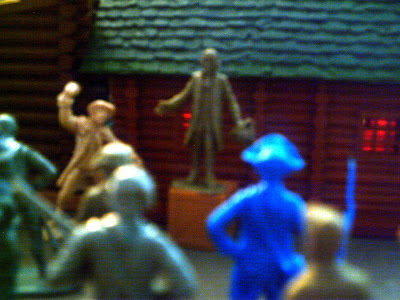 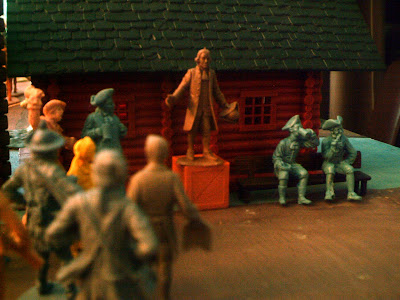 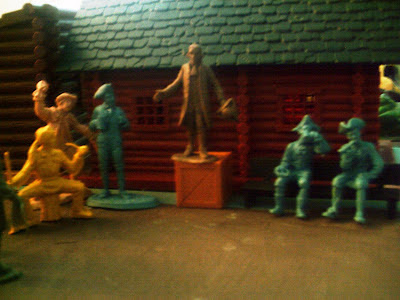 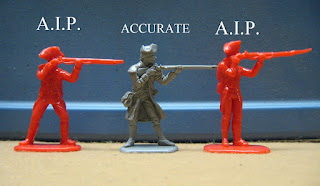 Photo provided by Scott B. Lesch
Posted by The Collector at 4:29 PM No comments:

Posted by The Collector at 12:34 PM No comments:

I stole this photo from another site.  Perhaps I should not say that as according to a lawyer friend such photos are Public Domain unless the owner or the site states otherwise CLEARLY.   Anyway this is a great size comparison featuring the coming Barzso Rev War figures.   Yes I know....no AIP figures.

Click on Photo to enlarge.
Posted by The Collector at 6:06 PM No comments: 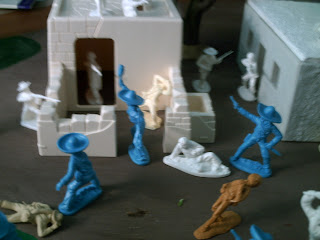 Click Twice
Posted by The Collector at 7:58 PM No comments:

TSSD seemingly continues to justify his figures.  We wish he would stop so then we would.  He has made it quite plain he is going to do larger figures because (if you remember) baby boomers are going blind and dying off. OK we got it already.  But now he adds another reason.  It is because "INDUSTRY LEADERS SUCH AS "KING & COUNTRY", "FIGARTI", "TSSD", "COLLECTORS SHOWCASE" AND MORE HAVE ALL GONE "FULL BODIED"

OK but these guys with the exception of one are...ah wait for it...METAL manufacturers!!!!!   The majority of the PLASTIC manufacturers are still putting out good old 54mm figures. I am done, LOL
Posted by The Collector at 7:34 PM No comments:

May 14, 1804 Explorer William Clark sets off from St. Louis, Missouri 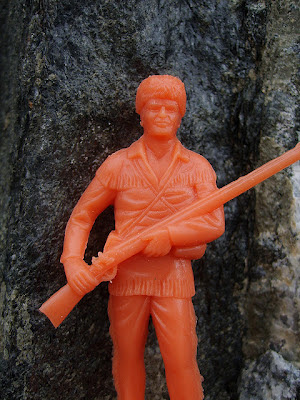 I like to use toy soldiers to illustrate historical events. And yes I know this guy is NOT William Clark but he is close enough. LOL LOL.  Below we see the return of the Corp who have been met by a detachment of US Infantry. 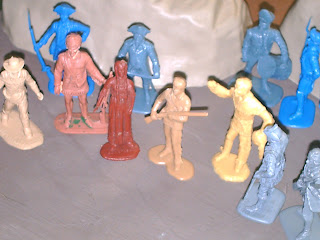 May 14th 1264 King Henry III is captured by his brother-in-law, Simon de Montfort, at the Battle of Lewes. 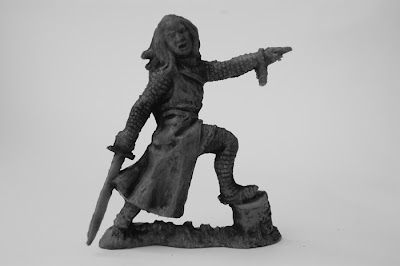 The figure pictured is from REPLICANTS and available from Steve Weston Toy Soldier Company and he actually is Simon de Montfort.
Posted by The Collector at 10:54 PM No comments:

The Battle page has been updated
Posted by The Collector at 11:47 PM No comments:

The German advance has been stalled as death continues to reign from above. A machine gun team tries to take out the defenders with little luck. Most of these figures are TSSD. 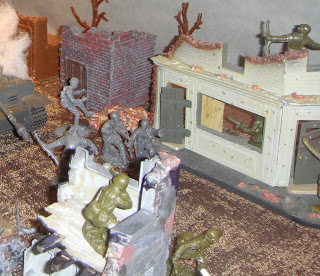 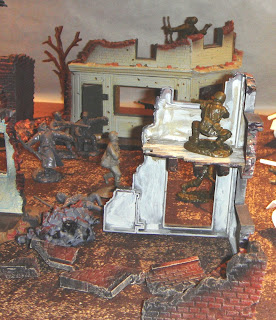 Posted by The Collector at 12:12 PM No comments:

From all reports we have read looks like it was a fine show once again.  Ron Barzso was there as was Tony of Armies in Plastic.  Both debuted new items.

Replicants had two new Mounted figures for the English Civil War.   Boo-Hoo another period I do not engage in.  They do look very good.
Posted by The Collector at 10:39 PM No comments:

More confused then ever

After reading  that as a Baby Boomer I can no longer see too well (Truth in that), and that we are evidently dying off (sigh, more truth) thus the larger, smaller figure sets. Oh yes and  Market is soft and more.

But here  we see yet another company is doing 54mm Plastic figures. http://www.victrixlimited.com/  These are 2 sets of French Napoleonic to add to their single set of British.

So I guess production of 54mm plastic sets (16 to a box/bag) is going strong.  Let's hope the sales are.
Posted by The Collector at 2:14 PM No comments:

TSSD has confirmed that his new Mini-Sets will be made in resin. The material we are told is comparable to that used to make Replicants. So this is actually PLASTIC.  The scale should match the sets they are intended to enhance. As you know Germans will be the first set. TSSD has the following on their site;

"WE DO NOT MAKE FIGURE SETS TO "MATCH IN SIZE / SCALE" TO FIGURES DESIGNED 55 YEARS AGO. ( MANY OF THOSE FIGURES ARE 40mm TO 70mm, AND EVERYWHERE IN-BETWEEN )" THE GROWING TREND IN THE HOBBY, FOR BOTH METAL AND PLASTIC, HAS BEEN "LARGER".

Hmm this confuses us as Barzso is using injection plastic for their new sets and they are 54mm, We do like the way that TSSD is up front about its' intentions and we like the majority of what they have produced.. We also like the fact that Paragon, CTS and Barzso are doing 54mm in plastic. Ain't we fickle??
Posted by The Collector at 1:41 AM 1 comment: 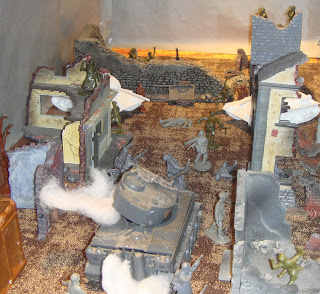 The German attack is stalled 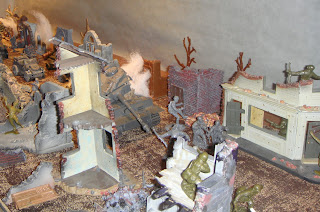 Please remember to click twice on each photo. I like to take a photo of a somewhat large diorama and cut out scenes. All photos by member C. Egan Sr.
Posted by The Collector at 12:27 AM No comments:

Both PW and PM new issues are out.  Time to schedule a run over to my friends to read his copies.  Buy my own you say ?  HA! 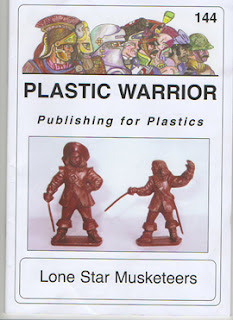 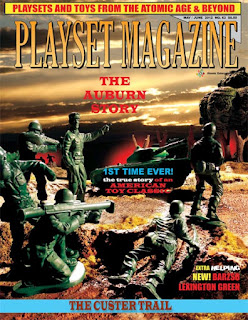 Posted by The Collector at 12:59 PM No comments: