Well it looks like the X-Force figures of the ACW ( 3 of the major branches)  are NOT  for us.  Just too many objectionable details.   One individual has suggested  one could start another "World".  All well and good but we do not subscribe to this point of view.  Our Conte and TSSD ACW for the most part have been packed away.  They just do not work with what we have and we are not interested in another "scale/world".
Posted by The Collector at 7:55 PM No comments:

Blogger/Google allows us to create pages that are part of the blog BUT not connected to the main page meaning you will not get notice these other pages have been updated.  They do not even Date stamp these other pages (sigh).  Please be advised we do update these pages so you may want  to scroll down to the bottom of each to see if we have entered something new from time to time.  Thanks for your support !!!!
Posted by The Collector at 6:58 PM No comments: 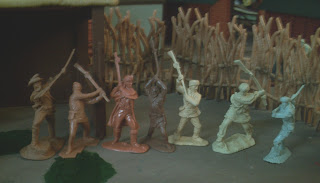 Bar Girls thru the ages 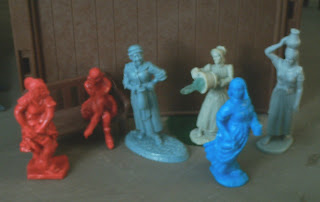 Click to enlarge
Posted by The Collector at 2:21 AM 2 comments: 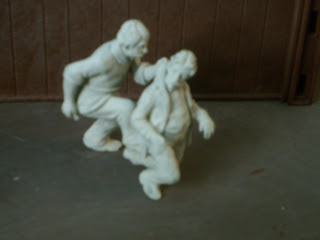 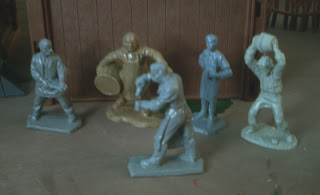 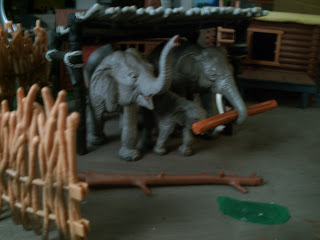 Click to Enlarge
Posted by The Collector at 8:04 PM No comments:

One of my Fav Fools , who has a blog reported among other things (all silly naturally) that nothing new had been reported for 2013.   Silly man.  Paragon will release their last Cavalry set in Sept 2013.  That same month Barzso will release his Yorktown items.  And of course TSSD states on their site they will have 2 figure sets released in 2013.  Although no contents are mentioned some say one will be Texas Rangers.  And those are just the new releases we can think of off the top of our head.  And as for that attempted bombing in Germany that "you were aware of" as it was not reported here.  Wrong again.  Many of us get and listen to BBC World News.   Go rest your ego. 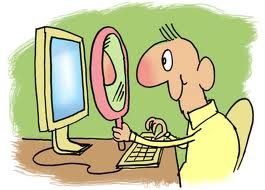 Posted by The Collector at 7:32 PM No comments:

Some left over Pictures 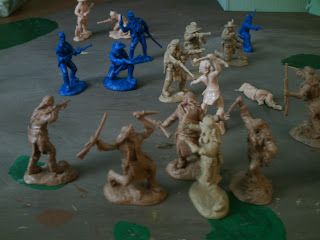 If you serve the Long Knives you must die!!!
Posted by The Collector at 12:59 AM No comments: