Coming soon....Battle Scenes of the US Cavalry.........
The Battle of Mission Creek
Breaking Camp... 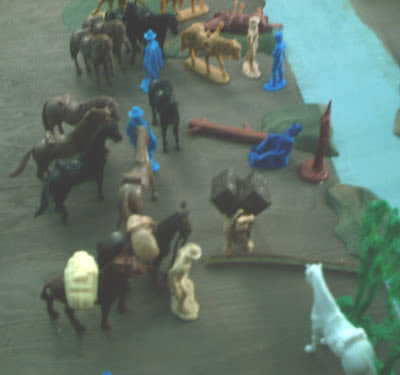 It is early morn and the pack train is about to head out. Scouts crossed the creek hours ago. The main body of the 5th followed. Now the pack train will bring up the rear.

The Commander of the main column takes a scout's report.

Soon the column is forced to dis mounted several files to meet an attack. 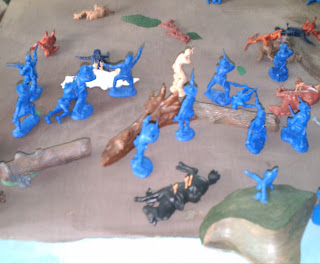 Far ahead elements of the 3rd Cavalry at dawn seize an Indian pony herd in the ruins of an old mission and are attacked forthwith. 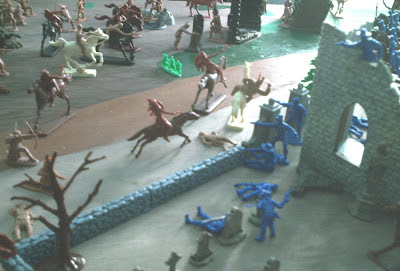